When you book with an account, you will be able to track your payment status, track the confirmation and you can also rate the tour after you finished the tour.
Sign Up
353

The Everest three pass trek links Everest Base Camp and Gokyo Lake trek with two additional trails to the east and west of this central region. It includes three the Everest high passes as each over 5,300m plus the possibility of poor weather conditions, requires thorough acclimatization and slow and steady ascents that makes the three long and demanding trekking days. This 3 high passes trek in Everest can be tackled in a clockwise or, less-demanding, anticlockwise direction.

From Lukla, trek to Namche Bazaar for a rest and acclimatization day; visit the Sherpa village of Khumjung. The eastern arm adds a trek up to Chhukhung for two acclimatization nights and add a walk to Chhukhung Ri or to the Island Peak Base Camp for views over and beyond the Lhotse and Ama Dablam glaciers. The locals and National park hotel has managed good Trekkers lodge (Teahouse). You will also find a good camping site to camp in the natural surroundings.

Then conquer the Kongma La (5535m), en-route to Lobuche and Everest Base Camp. Return to Duglha and take the long route up the Cho La (5368m) and steep descent to Thangnak. Cross the Ngozumpa Glacier and head for Gokyo: and a rest day to climb Gokyo Ri for superb views of Nepal’s longest glacier of Cho Oyo and the Everest range.

The western section includes the steep ascent to the Renjo La, some four hours above the lake for stupendous views of the valley and glacier below and numerous high ridges crowned by the Everest Group including the northwest face of Everest. The descent to Marulung faces new dramatic landscapes. Below this village, the trail joins an old Tibetan salt trade route and continues to Thame and then back to Namche Bazaar; and on to Lukla for your flight back to Kathmandu. 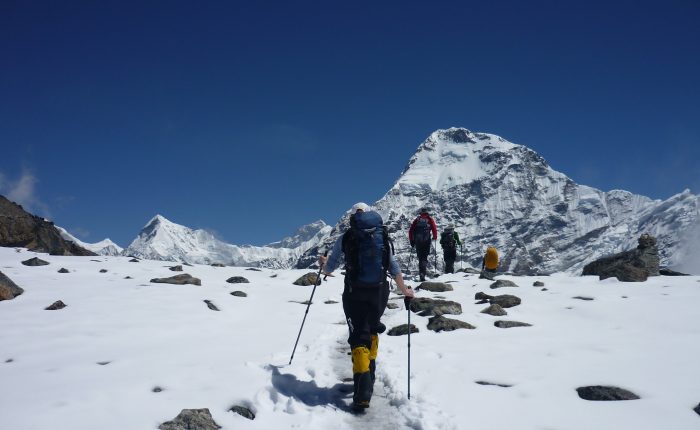 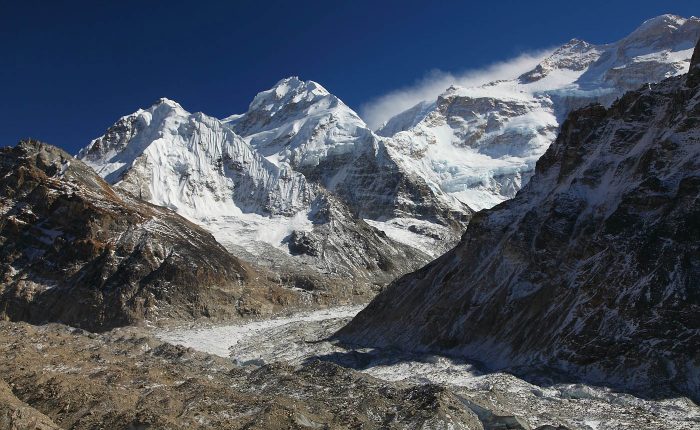