When you book with an account, you will be able to track your payment status, track the confirmation and you can also rate the tour after you finished the tour.
Sign Up
51

Everest panorama trekking is an excellent package to view the mountain vistas; feel the spiritual prosperity of Sherpa people explore the tiny Himalayan settlements and enjoy the colourful festivals. The last destination of this trekking is Tengboche. It is situated in the heart of the Everest dotted with the innocent Sherpa communities. If you go to this enticing place in the Mani Rimdu festival that falls between mid-October and mid-November, it will be your lifetime experience. We recommend this time as the best trekking period to the Everest view trekking.The trek is a beautiful excursion that goes through the Sagarmatha National Park which is wooded with pine and rhododendron trees. It also includes plenty of wild animals and species of birds.

This trek is ideal for those cramped with time, but don’t want to miss the chance of a meeting the biggest mountains in the world. This trek can even be shortened further by just going up to Namche Bazaar & right to the Everest view Hotel. This hotel is a great view point for some of the greatest peaks on earth, & you can enjoy all this right from your bedroom & balcony while enjoying breakfast, lunch & dinner. You can see the famous peaks of Mt. Kusum Kangaru 6370m, Thamserku 6618m, Kantega 6783m, Ama dablam 6814m, Island peak 6165m, Lhotse 8516m, The Everest 8848m, Nuptse 7864m, Taboche peak 6495m and Kwangde 6187m and a number of other well known peaks.

Arrive in Kathmandu at any time. Our airport representative will welcome you and explain the program further. There are no planned activities for the day, so check into the hotel. Enjoy your overnight stay at the hotel.

The capital city of Nepal, Kathmandu, being the historical and cultural heart of the country, is a popular destination for tourists, trekkers and other types of adventure seekers. The city is a marvelous amalgamation of Hinduism, Tibetan Buddhism, and Western cultures and influences. Patan and Bhaktapur are its two major neighboring cities. These two cities, like Kathmandu, have a rich historical, cultural and religious legacy which is reflected in the many temples, monuments, and artifacts that they contain. You will be taken on a half-day guided tour of Kathmandu and Bhaktapur cities. In Kathmandu, you will be visiting Pashupatinath, the most famous and revered Hindu shrine in the country; Boudhanath, the largest Buddhist stupa in Nepal, Soyambhunath, which contains both Buddhist and Hindu shrines and stands as testimony to the religious harmony that exists in the country; and the 15th-century 55-window palace in Bhaktapur. An orientation session for the trek, which commences the following day, will be organized in the evening.

Day 3Flight to Lukla and trek to Phakding

A thrilling scenic flight to Lukla and a landing on a steep mountain runway brings us to the start of our trek at the village of Lukla [2850m]. After meeting the crew, we head up the Dudh Kosi Valley on a well-marked trail and then stay overnight in Phakding on full board meals.

After a good breakfast at Phakding, we set out for the mountain junction town of Namche; we cross and re-cross the river on high airy suspension bridges. Beyond Monjo is the entrance to the Sagarmatha National Park which was set-up in order to protect and preserve the fragile mountain environment. We then take a steep hike to Namche. If the weather is clear, we get the first glimpse of Mt Everest. Namche is the main trading village in the Khumbu and has a busy Saturday market – a meeting place for the Hindu traders from the lowlands and the Tibetan yak caravans that have crossed the glaciated Nangpa La. Namche is the gateway to the Khumbu. This is where we crash out for the night with all meals included.

Namche is the perfect place to acclimatize with the higher altitudes before heading off towards Tyangboche. To prepare you for the tough climbing to come in the days ahead, you can walk up to Khunde Hospital which was set-up by Sir Edmund Hillary or you can take a one hour walk up to the Syangboche (3800m.) where Everest View Hotel is situated above Namche for the outstanding views of Everest, Nuptse, Lhotse, Ama Dablam, Thamserku, and Kusum Kangaru. Stay overnight at your lodge in bustling Namche which is a real happening town hereabouts.

After breakfast in Namche, we start our trek towards Tengboche enjoying the superb view of Mt. Everest, Nuptse, Lhotse, Ama Dablam and close up view of Thamserku. Our trek follows on the gradual trail with few ups and downs overlooking magnificent view of the great Himalaya. Along the way, we can spot wild lives like pheasant, musk deer, or a herd of Himalayan Thar. The trail goes gradually down up to Kyangjuma. The path eventually reaches Sanasa which is the major trail junction to Gokyo valley and Everest Base Camp. The track then follows through the pine forests and after we cross the prayer flags festooned bridge over Dudh Kosi River, we reach Phunki Tenga, a small settlement with a couple of teahouses and a small army post amidst the alpine woods. After having a relaxed lunch at Phunki Tenga we then have a little tough climb steep up through the pine forests while before we reach Tengboche. Tengboche is a great place for close up views of Ama-Dablam, Nuptse, and Everest and it has the biggest Buddhist Monastery all over in the Khumbu region. Overnight stay at lodge in Tengboche with all meals covered – breakfast, lunch, and dinner.

Day 7Trek back to Namche Bazaar

Day 8Trek back to Lukla

Day 9Fly back to Kathmandu 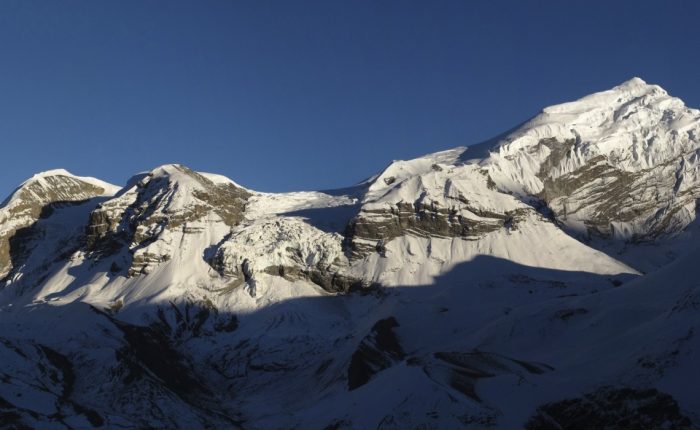 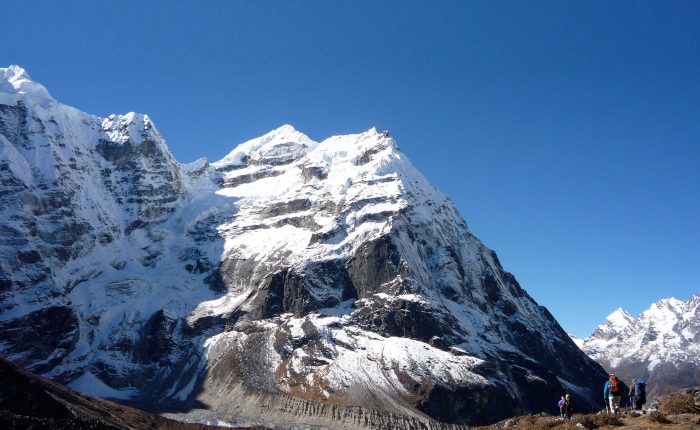